CELEBRATING THE BEAUTY & CHARISMA OF THE ARABIAN HORSE GLOBALLY

This most important foundation mare produced only two fillies, her remaining foals were colts. Both fillies were retained for Lauran Arabians’ breeding program. These fillies, now second generation broodmares, are currently producing the supreme type and athleticism that is so highly treasured by purebred Arabian breeders and owners today.

The first daughter is bay, sired by the imported Pure Polish Reserve US National English Pleasure Champion Stallion *El Ghazi. She has proven herself a truly invaluable broodmare of English performance purebred Arabians. To date, she has produced three fillies, all sired by US National Unanimous Arabian English Pleasure Stallion, Afires Heir. The first two fillies are black and the third a bright chestnut. The first black daughter, Afire Lily LA, is now a current producing broodmare at the historic facility of Cal Poly Tech Arabian Horse Breeding Center in California. The second black full sister has been retained for the Lauran Arabians breeding program. The third chestnut full sister was recently sold and is currently in training for English Pleasure preparing for the AEPA English Pleasure Class held at the US Arabian & Half-Arabian National Championship Show for which she will be eligible to show as a four-year-old in 2017.

Lauran Arabians’ second daughter of their foundation mare was born in 2008—sired by Multi-International Arabian Stallion, Magnum Psyche. This mare is jet black! The foundation mare being dark bay and Magnum Psyche who is chestnut, it was a welcomed surprise to receive a beautiful black filly. The mare, Sanibella LA, has produced two fillies and one colt. The first filly is a beautiful grey by *L A Karát—an absolutely lovely face and sculpted head, smooth bodied, great legs and feet, movement and wonderful tail carriage. The second filly is an elegant bay sired by the Pure Polish Champion and Triple Crown US National Champion Arabian Stallion, *Pogrom. Lovely like her sire and dam in the face and head, again possessing the same beautiful Arabian type as the black Magnum daughter’s first filly. Both of these fillies have been retained by Lauran Arabians as third generation broodmares. In 2016, this black mare foaled a spectacular black colt sired by the black Champion Arabian Stallion ROL Intencyty, sire of World Champion Arabian mare RH Triana. The black colt is magnificent and is currently located at Arabian Expressions, Greg Knowles, in Scottsdale, Arizona. The 2016 black colt’s name is Prince Alsharif RLB. He will be shown in the 2017 ATH Scottsdale Signature Class at the Scottsdale Arabian Horse Show. Lauran Arabians holds this colt in high esteem as both a show colt and future breeding stallion.

To backtrack to Lauran Arabians’ foundation mare, in 2006 this mare produced a beautiful dark bay colt sired by the Champion and World-Renowned Arabian Stallion, *Gazal Al Shaqab—he himself siring *Marwan Al Shaqab and numerous Champion sons and daughters as well. The bay colt is named Ali Gazal LA. He was sent to the professional and successful Arabian horse trainer Andrew Sellman in Wisconsin where he then traveled with Andrew to the Scottsdale Arabian Horse Show in 2008 as a two-year-old colt. Subsequently, prior to even showing, this colt was sold to a private international buyer from Poland and exported in 2008. Ali Gazal LA went on to become a successful Reserve Champion In-Hand Stallion at a prestigious Polish Show, a successful Arabian race horse stallion garnering two first place races and then on to Arabian horse Endurance competitions where he again garnered several first place wins. In addition, Ali Gazal LA went on to become a proven Arabian horse breeding stallion for the Kielnarowa stud in Poland; his sons and daughters themselves proving themselves as successful show, racing and endurance Arabians as well.

Lauran Arabians has a rich history of breeding purebred Arabians in its 22-year history. The owners contribute their successes to careful selection of only the finest National and International Champion Arabian breeding stallions for their eloquent mares to carry on the tradition of fine breeding that is the trademark of Lauran Arabians.

And God took a handful of South wind and from it formed a horse, saying:
"I create thee, Oh Arabian. To thy forelock, I bind Victory in battle.
On thy back, I set a rich spoil And a Treasure in thy loins.
I establish thee as one of the Glories of the Earth...
I give thee flight without wings."
-- Bedouin Legend 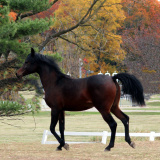 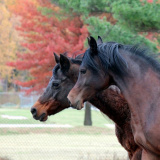 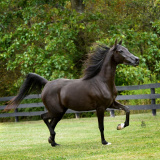 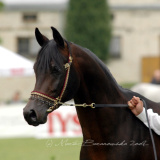 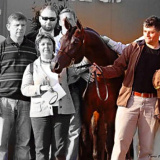 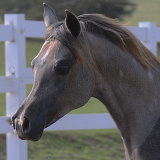 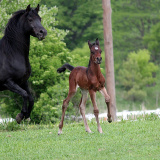 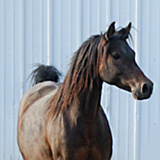 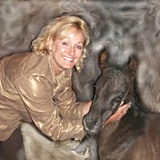 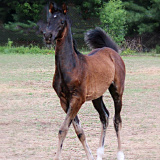 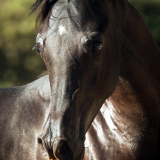 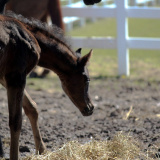 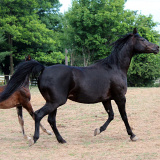 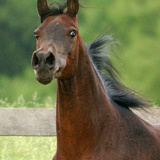 We have had 393295 visitors | design & code: webmaxx.pl / arabhorsepromotion.com